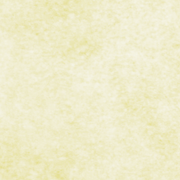 Our Senior Pastor, Rev. Paul Graham, was born and raised in New Brunswick, Canada. He attended and graduated from Bible College in Fredericton, New Brunswick, in 1974. He and his wife Ruth were married the same year and in 1975 moved to pastor a church in a suburb of Ottawa, Ontario. A year and a half later, they turned that church to another pastor and moved to Montreal in 1976.

Pastor Graham’s burden in coming to Quebec was to work under the leadership of then present Senior Pastor, Rev. E.S. Mckeen, and to start a work among the French-speaking people. After having taken French courses, the first French services began in the autumn of 1977 at the former church building located on Saint-Germain St. in Saint-Laurent. Pastor Graham held French services and did French Evangelism under Pastor McKeen for two years. It was then followed by a year under Pastor Coleman Price who replaced Rev. E.S. Mckeen when he moved to another pastorate in New Brunswick.

In 1980, Pastor Coleman Price resigned the pastorate of the church in Saint-Laurent and moved to the West Island to start a new church. Pastor Graham was asked by the District Superintendent to fill in for six months until another pastor could be found. He assumed the pastoral responsibility and is still filling the position today forty years later. The church on St-Germain St. grew to an overflowing capacity and, in 1994, a new building was constructed at 1375 Poirier St. just a block and a half north of the former building. Pastor & Sister Graham have been married for 46 years and have two daughters, both living in Montreal.

Today, services are held in English, French, Spanish, Tamil, Indian and several other South Asian languages, Cambodian, Mauritian Creole, and Tagalog. There are now 18 works in the Saint-Laurent Church network with more than 1800 attendees in total. Between 65 to 70 nations of the world are represented in the various services each week.